When someone with the authority of a teacher, say, describes the world
– and you are not in it –
there is a moment of psychic disequilibrium, as if you looked into a mirror and saw nothing.

Adrienne Rich’s words have long resonated with me about why it matters for people to see themselves reflected in positions of authority. Her quote — now interwoven with this image of and this interview about the first woman in the White House — moves me profoundly. 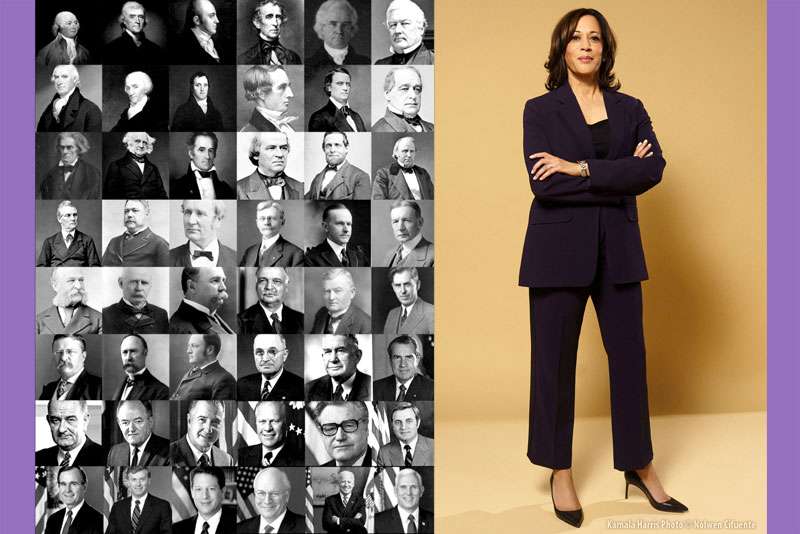 To see a woman elected to go into the White House was really something … It was a big day and I was obviously watching TV. He [my 5-year-old son] comes in and sees Joe Biden and Kamala Harris on the screen. He says, ‘What’s happening, mom?’ And I said, ‘Well, those two people were just chosen today to lead the country.’ And he goes, ‘That’s a woman! Could you lead the country, mom?’

… it matters to see yourself depicted back, reflected back.… And in that moment, my son became a man who believes that women can do anything.